In April of 2009, a motley collection of Somali pirates hijacked a large Belgian ship north of the Seychelles named the MV Pompei. For two months they brutalized 10 crew members, whom they held hostage until a ransom was eventually paid.

The leader of this pack of black savages was a piece of trash named Mohammad Abdi Hassan, who has been nicknamed the Somali Pirate “King.” In 2013, a U.N. report identified Abdi Hassan as “one of the most notorious and influential leaders” of the many Somali pirates in the area, known for brutally hijacking ships for ransom.

This “Pirate King” was a particularly egotistical and narcissistic fellow, but very reclusive and remained out of reach for Belgian authorities to arrest. Like all of Black Africa, Somalia was and remains a cesspool of corruption and incompetence that refused to honor any arrest warrants or extradition requests. 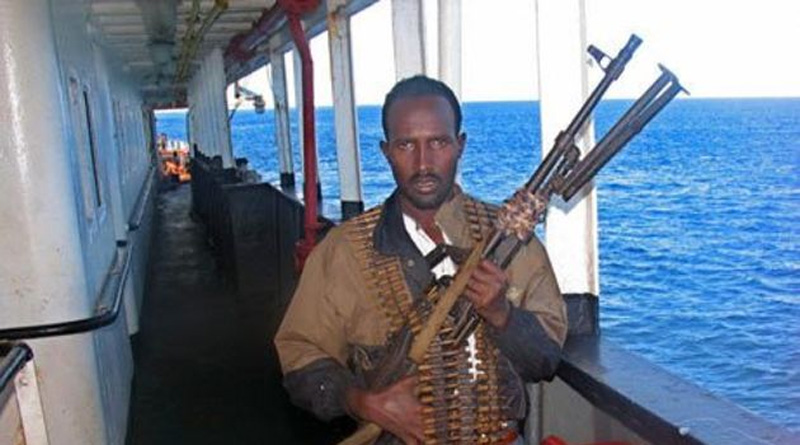 Some clever Belgian police officers — who really knew their Africans — devised a “sting operation” to lure the Pirate King to Brussels. Posing as film producers in 2013, they offered the Pirate King an important role in a documentary about piracy they claimed to be producing.

When he arrived in Belgium, expecting to become a film star, he was immediately arrested and began serving a 20 year sentence for piracy handed down by the Bruges Criminal Court in absentia. He was also convicted of torture, and ordered to pay 20,000 Euros to the ship’s Captain.

Of course, President Teddy Roosevelt pioneered a superior approach for dealing effectively with such an under-evolved species of baboons back in 1904.

When an American citizen named Perdicaris was kidnaped by the Sharif of Tangier, Morocco — a cutthroat named Mulai Ahmed er Raisuli — T.R. sent several U.S. warships and several companies of Marines with a simple and pointed message for the Sharif: “We want Perdicaris alive or Raisuli dead.”

The Base: Inside the FBI’s Newest Scary Story

Why You Should Join